Time to digest and reflect.

Two years ago, when I started writing about the 1960s, I was not interested in bringing readers on a nostalgia-rich visit to the golden age of my youth. Yes, it was great to be alive back then and my memories of the sights, sounds and smells of that time were a resource I would have been foolish to ignore.

Memory can be fickle though. Some moments stand out in my mind, but others are lost forever. My very first memory is of gazing at the smoke from my father’s cigarette as it swirled around the ceiling of our living room. Another is from a few years later when I stood beside my mother in Parkgate Street and watched in wonder as the limousine bearing US president John F. Kennedy passed by only yards away.

Given the historical significance of Kennedy’s visit to Ireland, and his tragic death a few months later, it is no surprise that I should recall that day in June 1963. But why has the apparently trivial sight of those tobacco fumes stayed with me? And what people, places, or events have I misremembered or forgotten completely. And what about the stuff I was just too young to appreciate as it was happening?

So I have had to augment my reminiscences with a lot of reading and research. But that work is not just about filling the gaps in my own sporadic recollections. I want to understand the cultural revolution with which the 1960s will always be associated. Was it really the result of a spontaneous outpouring of youthful exuberance and creativity, like a volcano erupting and unleashing its long repressed and violent energy? Or was it the execution of a carefully-laid plan to re-engineer society permanently, to alter the course of history - a worldwide psychological operation, or psy-op for short? 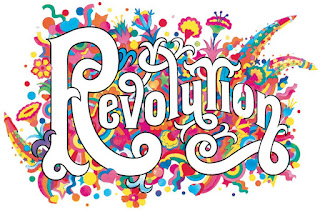 To even consider the second possibility requires a leap beyond what most people regard as legitimate enquiry. It means delving into matters commonly dismissed as “conspiracy theories”. This term is used, often by media sources, to dissuade us from exploring certain topics. But as I argued here, some conspiracies have been exposed, not as theories but as facts. These were not conspiracies concocted by a few fringe lunatics. The perpetrators were pillars of the establishment, governments even.

Nonetheless, an international operation, centrally-controlled, to subvert the very fabric of our society? Surely even the most open-minded (or credulous) researcher would not be led down that particular rabbit-hole?

Then came the pandemic.

Shortly after I launched Na Seascaidí, our planet was turned on its head by the World Health Organisation’s (WHO) declaration of a global pandemic. According to The Irish Times, the declaration was made in a bid “to shock lethargic countries into pulling out all the stops”.[1]

In Ireland, the government wasted no time in “pulling out all the stops”. Schools were closed overnight. A plethora of TV ads, posters, leaflets, outdoor signage, etc. appeared instantly as if by magic. The newspapers predicted a death toll of up to 85,000.[2]  Shops were closed and citizens were told to stay at home.[3]

But it was all a fraud. As I outlined here, the WHO declaration and the subsequent restrictions imposed by governments were based on deliberate deception. I described several elements of the fraud in my article. Indeed the very existence of SARS‑CoV‑2 was thrown into doubt when it emerged that scientists and medical experts had not properly isolated and identified such a virus as the cause of the alleged pandemic.[4]

The true purpose of the scam remains unknown. I examined a couple of possibilities here and here. Whatever the underlying objective may be, the fact that governments, private business, media, etc., have colluded to dupe the people makes one thing clear. Those behind a deception of this magnitude are capable of virtually anything. If they could lie about Covid-19, what else are they lying about?

Of course, without hard evidence nothing can be proven to the satisfaction of any impartial observer. But what conspiracy would allow its machinations to be published in documentary form for all the world to see? All I can do is point out inconsistencies and quirks in the official narrative, raise reasonable questions about what we are told has happened, and apply common sense to discerning what is true and what is false.

What I have researched and written about in this blog has persuaded me that the cultural revolution of the 1960s, like the Covid-19 pandemic, was founded on deception. This causes me some discomfort as I have had to acknowledge the distinct possibility that many of my cherished beliefs and assumptions about that decade are untrue. I found that, not only was the official narrative full of holes, but the evidence pointed in the opposite direction.

However nothing is conclusive. I cannot demonstrate beyond doubt that, for example, Lennon & McCartney did not compose “Eleanor Rigby”, “Norwegian Wood”, and many other great Beatles’ songs, or that Neil Armstrong never walked on the Moon, or that the CIA promoted and distributed illegal drugs like LSD. But I have found enough signs to raise serious questions in my mind about the official narratives of these and many other accepted “truths”.

Who knows? Maybe one day we will learn the full truth about the 1960s. Until then I remain sceptical about what we think we know about that period.

The lesson I have learnt from Covid-19 is that we humans can be deceived by the very people we entrust to run our world. The behaviour of our rulers in hiding the truth has confirmed the wisdom of a dictum usually attributed to Napoleon Bonaparte:

History is a set of lies agreed upon.[5]