I don’t think I ever saw a doctor when I was a child. Maybe it was the cost, or perhaps we regarded doctors and the medical establishment with suspicion and fear. “An apple a day keeps the doctor away” was a familiar saying. It never motivated us to eat healthily. But that maxim was a reminder to keep doctors at a distance.

Occasional childhood illnesses were usually treated with some hideous-tasting medication purchased from a local pharmacy (and maybe a few days off school). One of my fondest memories is having the mumps and being in bed for several weeks while my cheeks deflated. I spent the time reading Dickens’ Nicholas Nickleby from cover to cover. Bliss.

Although childhood vaccinations were pretty common when I was a boy, even they did not bring me fully into the medical orbit. In fact I can’t remember ever being jabbed when I was a youngster. For instance I did not have any of the tell-tale pimples on my upper arm which were a side effect of the BCG shot. This was a popular vaccination during the 1950s and 1960s and was promoted as the best way to halt the spread of tuberculosis (TB). Why did I not receive this inoculation? Was it because I was afraid of needles?

That might explain the one vaccination I can recall. On a visit to a local clinic with my mother I was told to open wide as a sugar lump with a dollop of goo on top was put into my mouth. Apparently this was a vaccine against polio, introduced in oral form as an alternative to the dreaded syringe. 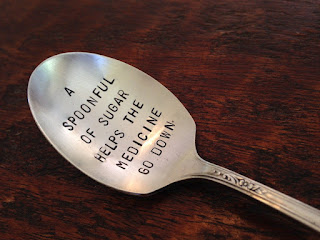 If doctors or nurses were not part of my life growing up, I was more familiar with the dentist’s chair – but thankfully not as familiar as I might have been. Let me explain.

Neither of my parents had their own teeth. Like most adults I knew back then, they wore dentures top and bottom. We never discussed dentistry at home but there was an unspoken assumption that having all one’s teeth extracted in late teens or early adulthood was a given. This extreme measure was taken because of the absence in our corner of working-class Dublin of much in the way of dental hygiene. We never brushed our teeth, even after scoffing an occasional sweetmeat like a sugar sandwich. So complete toothlessness would mean no painful problems in later life, and no expensive visits to the dentist.

For me the process began at about 14 or 15 when I had a couple of already-decaying molars removed under anaesthetic. But it never went any further and I retained most of my teeth into adulthood. I was terrified the first time I sat in that chair and I guess I threw a tantrum when the ether-soaked mask was placed over my face.

Is this why I managed to miss at least some childhood vaccinations - and avoid lifelong denture-wearing? Not due to a principled stand by my parents against unnecessary medical interventions. But because I raised such a terrible rumpus at the sight of a white-coated figure looming over me that my mother said to herself: “Never again!”?

Whatever the truth I’m glad today that I managed to retain most of my natural teeth. I am a little more ambivalent about those vaccinations though. On the one hand I never had polio so maybe that vaccine worked. But I did not contract TB either, despite not receiving the BCG jab.

What I now realise though is the importance of following my instincts, whether as a child or an adult. Sometimes all it takes is an internal decision that affects no one else. Occasionally it means taking a stand against subtle pressure from another person by just saying ‘No’.

But when I was a child I had no idea why I felt as I did about doctors and dentists. I just knew I did not like what they were trying to do to me. So I kicked and I screamed because that is all I had. And if my mother was sufficiently mortified by my behaviour not to risk a reprise, then I learnt a valuable lesson. Making a fuss sometimes pays off.

So that’s another debt I owe her.