During the Jubilee commemorations of the Rising more than a half-century ago we learnt a lot about the role of Patrick Pearse in leading that rebellion. On Easter Monday 1916 he marched his troops into the General Post Office on O’Connell Street, thus launching a military struggle against British rule that, six years later, resulted in the establishment of the Irish Free State.

What we did not hear much about, at least in my school, was Pearse’s prior role as a teacher and his interesting views on the education of children. Perhaps there was a good reason for that omission.

Until I was 18 I attended Primary and Secondary schools run by a Roman Catholic religious order known as the Christian Brothers. The Christian Brothers were celibate males who wore a habit of black soutane and stiff white collar - just like Catholic priests. It was not only their outward appearance that made priests and brothers look alike in my young eyes. Together they formed a religious caste that dominated Irish society up to the second half of the 20th century. But even more than their ordained counterparts, the Brothers promulgated a version of Christianity that was almost misogynistic in its fearful attitude towards sex and women.

Looking back now it is not just the Christian Brothers’ narrowmindedness that lingers in my memory. What stays in my mind to this day is their casual brutality, which I witnessed and experienced as one of their students. I recall vividly a scene in class when a Brother punched a boy of 12 so hard in the face that the blood from his broken nose spattered across the white wall behind him. While such violence was thankfully rare, the teachers, lay and religious, often responded to even minor infractions with several whacks of the leather on the outstretched palm of the offending pupil. This was in the 1960s, only a half-century after the execution of Patrick Pearse at the age of 36. 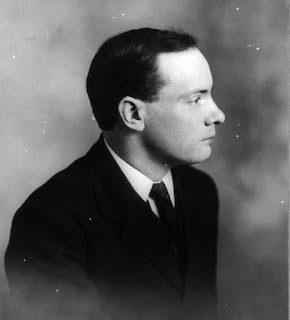 Pearse himself had been taught by the Christian Brothers and one source claimed that his parents removed him from school after he was beaten for defending his brother Willie against what he believed to be unjust punishment.[1]  Whatever the truth behind that story, Pearse had mixed feelings about the order. He was grateful that the Brothers taught him to speak and write in the Irish language. On the other hand, Pearse deplored their concentration on examination results as the mark of success. This led to boys being crammed full of information, rather than encouraged to develop their intellectual curiosity and a love of learning. Pearse characterised this approach as “instruction without education”.[2]

A few weeks before he died, Pearse published “The Murder Machine”, a collection of his writings on the subject of education. In it he condemned the existing system as

A machine vast, complicated, with a multitude of far-reaching arms, with many ponderous presses, carrying out mysterious and long-drawn processes of shaping and moulding… It grinds night and day; it obeys immutable and predetermined laws; it is as devoid of understanding, of sympathy, of imagination, as is any other piece of machinery that performs an appointed task.[3]

And that task, according to Pearse was to “turn[ing] out citizens according to certain approved patterns”.[4]

In 1908 Pearse decided to put his ideas into practice by founding his own school, St. Enda’s in Rathfarnam. Although he abhorred all forms of punishment, physical or otherwise, as headmaster he did not prevent his teachers from administering the cane. However he preferred to inspire and encourage the boys rather than threaten them with dire consequences for their misdemeanours. Pearse’s faith in his students won not only their admiration and respect for him personally, but also their willing acceptance of the code of conduct he expected of them.

If he had lived rather than died in 1916, Pearse’s innovative thinking would surely have enhanced the decisions of any Irish government of which he was a member. Who knows what he might have accomplished in education alone? Pearse’s constant emphasis on the freedom of individuals to develop their talents and skills would surely have transformed the lives of countless Irish citizens, leaving us all with better memories of our schooldays.