While going through some old papers recently I came across a document that made me pause. It was stuck in a folder along with a number of official-looking school certificates. This was a certificate too, except it had nothing to do with my less-than-stellar educational achievements.

It is a single sheet of roughly A4-sized heavy-duty paper. Most of the text on it is printed, with my own handwriting inserted in a couple of places. This is what it said.

This is to certify that

WITHOUT CHEATING FROM DUBLIN TO BALDOYLE and back

AND IS HEREBY ENROLLED INTO THE CERTIFIED

Back in the 1960s, the “irrepressible” Jimmy Savile was known to youngsters like me as a famous disc jockey. So on a fine Sunday in May thousands of us followed him on the 10-mile walk from the centre of Dublin to Baldoyle racecourse where we were entertained by Dickie Rock and other big names.

Jimmy Savile died in October 2011 at the age of 84. His passing was marked by glowing tributes from show-business personalities and British royalty.

Just over eleven months after his death, the man had become the biggest story and the most reviled figure in the land. His fall from grace was as sudden as it was shocking.[1]

Today the name Jimmy Savile is a byword for sexual depravity on an almost unimaginable scale. A report by the British Metropolitan Police and NSPCC into Savile’s activities concluded that “Savile was one of the UK’s most prolific known sexual predators”.[2]

Joan Bakewell, who worked in television during that time, recalled how Savile

once tried to get me to go to his hotel room. But many of the young girls who did go I’m afraid went willingly.[3]

In his reflections on the Savile revelations, newspaper columnist Kevin Myers described Savile as “a distillation of some very male disorders”.[4]  As Myers pointed out, rapists and sex abusers are usually men.

I have argued here that 1960s culture reinforced the common perception that men are superior to women. The sexual exploitation of women by men was condoned and indeed celebrated in the free-for-all that developed during the decade. The advent of the Sixties revolution could hardly have been better timed for a predator like Jimmy Savile.

[Savile] sat at the epicentre of the nascent British pop scene when it exploded and took over the world. He described it as being like the cork on the breaking wave.[5]

As a young journalist in the late-1960s, Janet Street-Porter quickly became aware of how some celebrities used their sexual “power” to degrade and demean women. In order to do their jobs, she and her colleagues had to navigate their way through an obstacle course of smutty language, casual groping, and other sexual demands. As she wrote after the Savile revelations:

Jimmy's behaviour was just an extreme example of what was considered perfectly acceptable at the time.[6]

And it was not just women or girls who were targeted. Street-Porter and Bakewell also recalled how young boys eager for fame and fortune were easy prey for paedophiles in the media and entertainment industries.

Savile’s visits to Ireland continued for many more years after May 1969. His sojourns usually coincided with the annual fundraising drive organised by the Central Remedial Clinic. Savile met lots of people during these trips. He was a regular visitor to the home of politician Charles J. Haughey, for instance. Presumably as ignorant of Savile’s sexual proclivities as the rest of us, Haughey introduced the celebrity DJ to his daughter, Eimear, then still a teenager.[7] 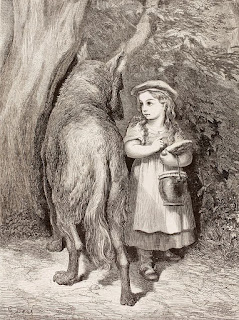 Despite these coming and goings, there have been no claims (in the media at least) of any impropriety by Savile while he was in this country.[8]

Ireland may have been spared the predations of Jimmy Savile himself, but we had our own more mundane alternatives to contend with. Despite all the commissions, reports, and revelations of sex abuse in Ireland, I suspect we have still not uncovered the full extent of its impact on our society and on individual victims. It is unlikely we ever will. Many of those who endured the pain and humiliation of being abused, often by someone they trusted, just want to bury their memories.

While Joan Bakewell, Janet Street-Porter, and countless other women were evading sex pests at work, my classmates and I had to deal with a similar menace. As a young schoolboy I learnt to steer clear of those teachers who liked to “interfere” with some of the boys in my class. At least my time as a potential target was short. Females often had to endure unwanted sexual attention well into adulthood.

Jimmy Savile represented all that was base and sordid about the 1960s. Could someone like him have been quite so “prolific” before or since? Or was he a symptom of a perennial corruption at the heart of Creation, the “male disorder” to which Kevin Myers referred?