I must have been pretty young at the time, maybe ten or eleven. I did not have much self-confidence so I was secretly pleased one day when two local kids asked for my help. Apparently they had been playing in a derelict building near our council estate when something happened to a third friend and he was now trapped. Would I hurry there to rescue him?

So off I ran on my important mission. But when I reached the building I realised it was empty. And then I got it. I had been duped!

Why do I remember such a trivial incident nearly six decades later? Is it because, like the Communion Day memory recounted here, an important life lesson is hidden just below the surface?

I grew up with an inherent sense of trust in the word of authority, whether that was government, religion, or news media. I was not a believer in what is known today in popular parlance as “conspiracy theories”.

Then as a young adult I read several books on how advertising can be used to persuade people to buy products and services. Later I worked in a related field. I realised then as now that there is nothing wrong with a message that alerts consumers to the availability of something they might want or need. But that is not what most advertising actually does. Instead it uses sleight of hand and psychological trickery to create a desire in people that was not previously present.

One of my former colleagues used to regale us with a story of a research subject who insisted that he was not influenced by advertising. No, he drank Guinness because it was “good for you”. Money well spent by the drinks company I’d say! 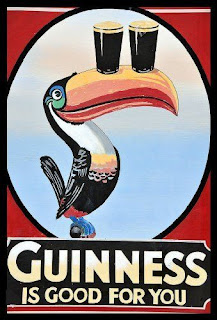 While this is all relatively harmless – after all we live in a consumer society whose existence is dependent on its members repeatedly buying stuff – there is a much more insidious side to advertising. This is when these techniques are used to persuade people that fiction is actually truth.

It is a murky area because if a campaign to deceive the public is effective, we may never know the truth. Occasionally, however, the veil is lifted.

An example is the story of atrocities allegedly perpetrated by Iraqi soldiers in Kuwait in 1990. The story was concocted by a public relations firm, Hill and Knowlton, as part of a campaign to persuade the American public that the US should go to war against Iraq in response to the latter’s invasion of Kuwait.[1]

This was not simply a case of a rogue company engaged in sharp practice. Then-US president, George H. W. Bush, reiterated the story numerous times as if it were true. It was later revealed that a former colleague of Bush, Craig Fuller, was president of Hill and Knowlton at the time.[2]

This case raises an important question. What other lies have been, or are being, propagated by the authorities, up to and including government?

In July 2020, former Taoiseach Leo Varadkar, revealed that his government inflated Covid-19 fatality figures in Ireland by counting “all deaths, in all settings, suspected cases even when no lab test was done, and included people with underlying terminal illnesses who died with Covid but not of it”.[3]

Varadkar was responding to a report issued by the Health Information and Quality Authority (HIQA). HIQA found that, while there were about 1,200 extra deaths in April, the number for the following month or so was lower than average. The report speculated that “Covid-19 may have accelerated the time of death of frail and vulnerable people over the peak period”.[4]

It will be several more months before official statistics on overall deaths for Ireland in 2020 are available. Then it should be possible to determine not only the level of excess deaths over previous years’ data, but also the causes of those deaths. But, given what we know now, the prospect that the public are being deceived about Covid-19 is worryingly plausible.

As a young child it did not take me long to figure out that I had been fooled by those two pranksters. The evidence of my own eyes was enough.

Today the stakes are much higher, but the evidence of deception is there for those who wish to see it.