During the 1960s illegal drugs did not feature in my life at all. If I heard of LSD back then, it was only as the shorthand for the currency of the time (£sd). But the newer meaning of LSD was Lysergic acid diethylamide, an hallucinogenic or psychedelic drug that:

acts by temporarily dismissing the sentries guarding the gates of consciousness. The unprotected brain is invaded by a mob of unprocessed stimuli on which it is unable to impose logic.[1]

For upcoming and wannabe pop stars, taking LSD was a rite of passage into an elite inner circle that was going to change the world - for the better of course. The Beatles promoted the drug via their Sgt Pepper album and the message filtered down to Irish bands like Granny’s Intentions.

LSD was championed also by an assortment of anti-establishment influencers such as beat poet Allen Ginsberg, novelist Ken Kesey, and rock group The Grateful Dead. But the best-known advocate of the drug, then and now, was Dr Timothy Leary (1920-1996).

Of Irish extraction, Leary was born and raised in Springfield, Massachusetts. In 1959 he went to work as a lecturer in clinical psychology at Harvard University. While there he discovered LSD and so began his swift transformation from college professor to “the messiah of the psychedelic movement”.[2]

Leary’s life during the 1960s was pretty colourful. By 1963 he had been fired by the university for his unorthodox drug sessions with students. A few years later he was leading a religious cult he called the League for Spiritual Discovery, the main ritual of which was the ingestion of LSD. In 1970 Leary was consorting with revolutionary groups like the Black Panthers and the Weathermen.[3]

But was Timothy Leary all he seemed to be? Because it wasn’t just hippies and radicals who supported his cause.

For instance, Leary’s famous slogan, “Turn on, tune in, drop out”, was coined after he met the famous media and marketing guru Marshall McLuhan for lunch one day in New York.[4]

In 1963, when Leary was fired by Harvard University, he soon found a refuge for his LSD-based experimentation at Millbrook House. This ornate mansion is situated on a 2,300-acre estate not far from New York city. Its owners were three members of the Hitchcock family, who happened to be heirs to a vast fortune founded on banking and oil in the 19th century by Thomas Mellon. Today BNY Mellon is one of the world’s largest banks with total assets of US$381.5bn.[5]

But perhaps the strangest aspect of Leary’s preoccupation with LSD is that his supplies of the drug came from the US Central Intelligence Agency (CIA).[6]  The CIA’s role in promoting LSD as part of the MK-ULTRA mind control program is now well known, as is the involvement of various scientists and academics in that program.[7]  Although the full nature of Leary’s connection to the CIA is unclear, his links with the Langley spooks went back to the early-1950s.[8]  One of his more notable LSD-related contacts was Mary Pinchot, wife of a CIA agent and mistress to President John F. Kennedy.[9]

While cannabis, barbiturates, and amphetamines, were more commonly used by 1960s drug-takers, in Ireland and elsewhere, the influence of LSD on the development and progress of the cultural revolution was immense. As a commentator writes:

The movers and shakers of the art, fashion and music worlds were dabbling to one degree or another with LSD and so it’s a reasonable assumption that LSD use was indirectly informing hip culture, art and fashion at that time.[10]

That LSD’s role in the 1960s cultural revolution may have been part of a gigantic social experiment run by the CIA was discussed by leading radicals at the time.[11]  Not long before he was murdered in 1980, ex-Beatle John Lennon revealed to Playboy magazine that he was still a fan of the drug, and then continued:

We must always remember to thank the CIA and the Army for LSD…They invented LSD to control people and what they did was give us freedom.[12] 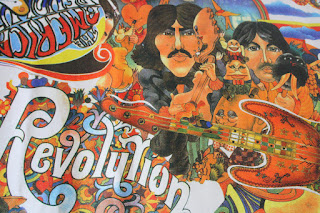 While Lennon’s reliability as a source may be questioned, it would be foolish to dismiss the words of the man who in 1966 sang “Turn off your mind, relax and float downstream” on the Beatles’ Revolver album.

Timothy Leary may not have lived to see his dream of “legions of stoned youth marching ever onward to the Promised Land”.[13]  But his ascension to the top of the counter-cultural pyramid was made a lot easier by a surprising combination of marketing expertise, elite patronage, and government support.

Leary was one of a number of well-placed actors behind a revolution whose aftershocks reverberate to this day.