In my first post almost exactly a year ago I referred to the 1960s “cultural revolution” that transformed our world beyond recognition. Just like another revolution in France nearly two centuries earlier.

But as I explored my own memories and dug into the copious documentary sources on the 1960s, I questioned whether the societal upheaval through which I lived could have been the result of random chance or happenstance. Were the people and events that made up the cultural revolution really unconnected? Or was there a pattern to it all? 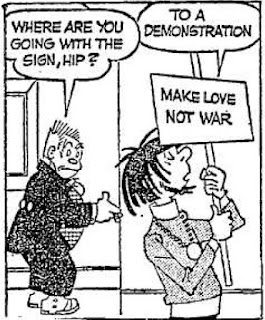 Of course, coincidence is sometimes the most likely explanation for a series of unusual developments. But sometimes it is not. The only way to find out which is to research it. This is what I have tried to do in previous posts, for instance here. My investigations so far suggest that the radical changes in religion and music I have discussed were neither spontaneous nor unrelated to each other.

Now with our world transformed again by the bizarre public response to Covid-19, the idea that officialdom can deliberately set out to deceive has become much more plausible. What we have witnessed since March 2020 is a sustained and co-ordinated propaganda exercise to persuade us that a lethal virus is rampaging through our communities and that only the strictest measures can save us.

In a previous post I have demonstrated why this claim is unlikely to be true. For anyone with an open mind, there is plenty of other evidence available that undermines the official narrative.

But if much of what we read in our newspapers and see on our televisions these days is a lie, who is behind it and why are they doing it?

The answer to these questions is, I believe, to be found in a clearsighted review of history. In the case of this blog, that history is focused on the 1960s. By delving into the origins of the cultural revolution of more than half-a-century ago, I hope to find answers to these important questions.