During the 1960s money was scarce. So summer holidays anywhere - Ireland or abroad - were beyond our family’s means. The only destination in continental Europe I knew anything about was the pilgrimage town of Lourdes in southwest France. And that didn't sound like a fun place.

If the prospect of a sun holiday on the Costa del Sol never entered my head, I wasn’t completely indifferent to what was going on Europe. In March 1965 Ireland's Butch Moore sang “Walking the Streets in the Rain” in the Eurovision Song Contest. Like many others I was glued to our black-and-white telly when the contest was broadcast live from Naples. Right up to the end of the decade I paid close attention as Dickie Rock, Sean Dunphy, and other big names tried and failed to win the big prize. Eventually, in 1970, a demure teenager from Derry named Dana beat the likes of Mary Hopkin and Julio Iglesias to the top spot.

As a youngster my interest in Europe began and ended with pop music. So I knew nothing about Taoiseach Sean Lemass’ plan for Ireland to join the European Economic Community, better known as the Common Market. Although we were finally admitted in 1973, Ireland had been trying to get in since 1961. So, as writer Fergal Tobin explained, “The idea that we were on the threshold of European membership was a constant for most of the decade.”[1]

If I had been older I probably would have seen the prospect of joining Europe as yet another positive at a time of unbounded optimism. Ireland under the Lemass government was tasting economic success for the first time since gaining independence. But the good times would continue only if Britain and Ireland entered the EEC together.

Forty years earlier Ireland had broken free politically from the United Kingdom. But even after independence the Irish economy was dominated by our more powerful neighbour. Britain kept us afloat financially by importing most of our agricultural produce. On top of that, the two countries shared what was in essence a common currency. Until the 1970s the English pound was accepted in our shops on the same basis as the Irish equivalent. So if the UK entered the Common Market, Ireland had to follow suit. 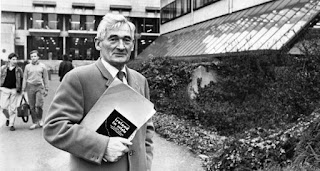 An Irish economist named Raymond Crotty understood the dilemma. But he was not just an economist. Crotty described himself also as “radical and nationalist”.[2]  So although he recognised the material benefits of EEC membership, he believed the price we would have to pay was too high.

In May 1962 he was reported as stating that:

In Ireland it was all the more remarkable that a people renowned for their centuries-long struggle for independence should be now ready to surrender a large measure of this independence [to a] European super state.[3]

For Crotty this was a defining moment in Ireland’s history. Would we trade our sovereignty for continued affluence? More specifically he wondered why a country with Ireland’s experience of subjugation would want to join a grouping of ex-colonial powers. Surely, he thought, we had much more in common with countries in South America, Africa, and Asia, that had a similar history to our own?

Raymond Crotty’s questions were answered on 10 May 1972 when an overwhelming majority of voters approved a momentous addition to the Irish Constitution. Henceforth the provisions of that document would be subordinate to the Treaty of Rome, the EEC’s founding charter.

Ireland was joining the First World - not the Third – to sup from the big boys’ table. We had swapped the seemingly abstract principles of national sovereignty for the immediate benefits of EEC membership.

Composer Seán Ó Riada died before the 1972 referendum but he shared Raymond Crotty’s dismay at the direction Ireland took during the 1960s. In his posthumously-published Our Musical Heritage, he was scathing in his judgement:

Our nation, that was bought with blood, is being sold, spiritually as well as physically, before our own eyes, by our own people.[4]

Ireland’s government, supported by its citizens, had made material prosperity its overarching objective. Nothing would stand in its way - not even the freedoms fought for and won barely half-a-century before.