By J.P. Bruce March 10, 2020
In June 1965, the government distributed a 55-page booklet to every household in the land. The purpose of the booklet was to advise citizens what to do if Ireland was caught in the crossfire of a nuclear exchange between the superpowers, not an unlikely possibility at the time. The Minister of Defence wrote in his introduction: “The risk of nuclear war… may remain for many years”. Is it any wonder that people held onto the booklet, which is how I came to have it more than half-a-century later?

The content of the booklet was written in English, but the four words on the front cover were in Gaelic. Across the top was the heading “Cosaint Shibhialta” (Civil Defence), being the name of the official body of volunteers set up during the Cold War to support the emergency services. Two other words were printed in larger typeface underneath. They were “Bás” and “Beatha”. For anyone unsure what these meant, a helpful illustration was printed alongside each word. In the case of “Bás”, the accompanying image of a giant mushroom cloud ascending into the sky illustrated the nightmare of a nuclear holocaust. “Beatha” was represented by a drawing of a two-storey house showing how its occupants could survive by sheltering indoors.

Before seeing the booklet I can’t recall if I was particularly frightened by the threat of global annihilation. But it was probably the greatest danger facing the planet, or at least that was the perception created by the news media and by popular culture. At the age of twelve, my interest in current affairs was pretty low – the Cuban Missile Crisis went right over my head. And I was too young to have seen any of the Hollywood movies about how easily nuclear conflict could be sparked, films like Fail Safe and Dr. Strangelove. So the arrival of the booklet was my first exposure to the topic du jour. It suggested that the grownups, those in charge of things, were getting worried.

Much of the booklet was devoted to practical tips on how to turn one’s home into a refuge. The advice included stocking up on food, filling the bath with drinking water, and erecting barriers and shelters inside and outside the home. We were warned that anyone unfortunate enough to find themselves outdoors when a nuclear bomb exploded could be killed, even if the blast occurred five miles away. The overall tone of the booklet was what might be called ‘mild apocalyptic’. The reassuring language about “getting back to normal” was offset by more sinister terms, often written in capitals, such as “FINAL WARNING”, “DO EVERYTHING YOU ARE TOLD BY THE AUTHORITIES”, and “TURN YOUR BACK TO THE FLASH”. 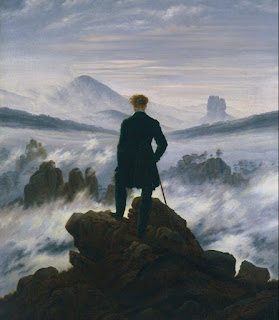 The dangers confronting us have proliferated since I was a boy. Terrorism, climate change, global pandemic, these are just a few of the horrors we are told threaten our civilisation and our very survival as a species. The underlying message is the same as it was back then. To my twelve-year-old mind that message was: be afraid. Our fate, life or death, depended on forces over which we had no control - we as a family, and we as a small country on the edge of Europe.

In 1965, as I leafed through the government’s booklet, I knew little about the international tensions that were causing such widespread anxiety. But I did begin to realise an important truth. No worldly authority could protect me or anyone else from evil. All the Irish government could do was warn the people of an approaching peril and urge us to protect ourselves.

Many years later I came across something Jesus said to his followers not long before he died.


I will no longer talk much with you, for the ruler of this world is coming. He has no power over me… [1]

No power indeed. After all, aren't we told that Jesus quelled the storm when his disciples feared it would overwhelm their boat? "Who then is this", they said, "that he commands even wind and water, and they obey him?"[2]

If the ruler of this world is actually a 'paper tiger', then what I felt instinctively as a child must be true. While it might have seemed like we were alone in the face of extreme danger, we really weren’t.