By J.P. Bruce February 11, 2020
Seán Ó Riada was not always Seán Ó Riada. He was born John Reidy in one of Cork city’s three maternity hospitals. He inherited his love of music from both sides of the family – his parents were amateur musicians and his mother in particular encouraged her son’s burgeoning talent. The young Reidy learnt how to play piano, violin, and organ. As he became proficient in his chosen subject he developed a taste for jazz. He was an excellent pianist and performed cha-chas and rumbas for the dancers who congregated in Cork’s Arcadia ballroom. Under the expert tutelage of Aloys Fleischmann, père et fils, his education progressed through school and university. His natural brilliance impressed all who appreciated the art and craft of music-making. But deep within this prodigious tyro, the strains of Ireland’s cultural heritage lay waiting for release. 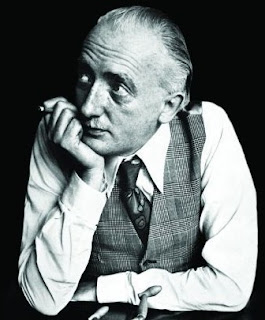 One of the first signs was Ó Riada’s relationship with the Irish language. During the 1950s curiosity turned to obsession when he embraced his native tongue as a vital component of the authentic Irish way of life that he wished to pursue. Ó Riada’s quest extended also to his immediate family. He caused considerable distress to his wife and son when he decreed that English would no longer be spoken in the home. They must, he told them, waste no time in becoming fluent in Irish. Enthusiasm for Irish quickly led Ó Riada to rekindle his interest in traditional Irish music, of which more later. But, apart from language and music, another aspect of Ireland’s heritage held Ó Riada in a tight grip.

Even city folk know about leprechauns, banshees, and pookas, but few people now believe in such things. For Ó Riada, though, the spirit world, wherein dwelt these and other fabulous beings, was just around the corner. Left alone in a strange and dark place, he would quickly feel the hostile presence of spectral forces drawing around him. Whatever religious faith Ó Riada still clung to offered him no consolation, and ghosts and spirits filled him with dread. Music, however, offered some protection. His biographer, Tomás Ó Canainn, observed that ‘Ó Riada seemed to be on a higher plane when he played piano – as if he had gone into another world, where no one could get to him’.[1]

Ó Riada was evidently an intelligent man with a logical mind. Yet he firmly believed in the supernatural, and was even convinced that he possessed dark powers of his own. His friend, the poet John Montague, recalled an incident in a hotel bar when Ó Riada predicted that he could trip up a nearby stranger using only the power of his mind. ‘Sure enough’, wrote Montague, ‘the man he had indicated almost fell there and then’.[2]  Ó Riada’s unquestioning acceptance of an “otherworld”, usually hidden from ordinary mortals, was not so strange in an age before television largely dispelled superstition from popular culture. Indeed belief in the “good people”, as domestic fairies were called, was common in rural Ireland up to relatively modern times. But even in the early-19th century, a chronicler of ancient customs and traditions could dismiss such things as ‘the notions of the ignorant’.[3]  For the half-sceptic Montague, Ó Riada’s ‘capricious trafficking in magic’ was at least partly the result of his addiction to alcohol. No doubt such attitudes are rational and sensible.

But could Ó Riada have played his part in slowing down the otherwise unstoppable march of American and British pop music during the 1960s, without a connection to the spiritual realm?