By J.P. Bruce February 18, 2020
On a cold, dark morning in the winter of 1964-65, I was racing through the snow-covered streets towards the local Catholic church. As an altar boy, I had been given my assignment for the week: the early Mass, Monday to Friday, and it was already coming up to seven o’clock. I couldn’t be late on the first day!

For an eleven-year-old boy my responsibilities were pretty serious. When I arrived at the sacristy adjoining the church, I had to whip off my jacket and put on the soutane and surplice which I carried in a black cloth bag thrown over my shoulder. Then I would light the large candles on the altar in preparation for Mass. I also had to make sure the two little glass jugs, or cruets, were filled with water and wine for the ceremony. When everything was ready I returned to the sacristy to await the arrival of the celebrant, usually one of the parish curates.

The priest made his own preparations in another room within the sacristy. Those preparations were a kind of pre-ritual in which he donned the liturgical vestments: the amice, the alb, and the chasuble, all the while praying quietly. When he appeared at the top of the stairs leading from his inner sanctum, that was my cue to lead him in solemn procession onto the side altar where Mass was to be said.

Cold as it was outside, the temperature inside the Church was not much higher. Usually only a few parishioners turned up for Low Mass on a weekday morning. Because it lasted less than thirty minutes, it was hardly worth heating the whole building. The lighting too was rationed, just bright enough to allow worshippers to follow the ceremony in their missals.

After making the sign of the Cross, the celebrant stood facing the altar and uttered the first words of the Mass, in Latin:

Introibo ad altare Dei. (“I will go in unto the Altar of God.”)

To which I responded:

The ceremony continued in that fashion. The priest intoned his part of the text, and I answered with mine. The rite was conducted in Latin, with a smattering of Greek, and followed very strict rules governing the words and actions of celebrant and assistant. Those rules, or rubrics as they were known, reflected customs and traditions going back many centuries. 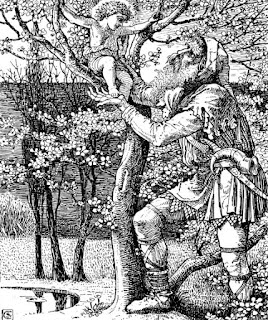 For a young boy like me, kneeling at the foot of the altar, listening to the priest speaking the sacred words, his voice falling to a whisper when he reached the Consecration, and aware of the soft murmuring coming from the tiny congregation behind me, it was like being in Heaven. I may have been only dimly aware that something mysterious and wonderful was unfolding a few feet away. But deep down I realised I was in the presence of Beauty and my heart soared.

Of course I had no idea that everything was soon to change. The familiar window into a divine reality, open since time immemorial, was about to be sealed up. A year earlier, the Second Vatican Council voted to modernise the Mass by allowing the use of vernacular languages instead of Latin. On 4 December 1963 Pope Paul VI made it official. In theory the changes seemed minor. In practice it was a revolution. Within a few years the age-old Roman Catholic Mass was defunct.

That winter’s morning I was not just a small boy anxious to be on time for Mass. Without realising it I was actually running towards Heaven, before the gate closed.