"Bliss it was in that dawn to be alive
But to be young was very heaven."


These famous words by William Wordsworth capture his youthful enthusiasm for the French Revolution. They also sum up the attitude of many who lived through a more recent rebellion against the old order. I refer to the cultural revolution that took place during the 1960s. 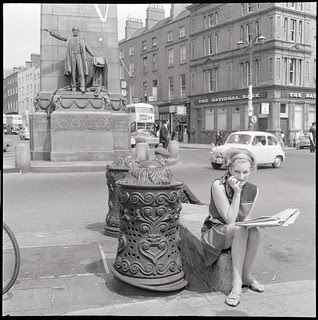 In later life the zeal that Wordsworth felt for the heady days of his youth waned considerably. As the years go by my own thoughts about the 1960s have also changed. Yes, a lot of great things happened during that time, especially in music. But was it all positive?

Historian Arthur Marwick has argued that the sixties cultural revolution altered permanently the "material conditions, lifestyles, family relationships, and personal freedoms for the vast majority of ordinary people".[1] In other words, we are now living in a post-revolutionary world in which the past, i.e. before 1960, really is a 'foreign country'. Does that mean life today is better than it was? Or is it worse?

I entered my teens during those ten astonishing years. In this blog I share my perspective on the 1960s revolution and its impact on Ireland.